The Terengganu government today announced the provision of one-off incentives with a total allocation of RM132,200 to tourism industry players whose income has been affected due to the implementation of the movement control order (MCO).

He said the RM250 incentive would be given to 44 taxi drivers at the Sultan Mahmud Airport (LTSM), active tourist guides (99), Tasik Kenyir houseboat workers and boat drivers (244), and mountain guides (33).

“As we know, most sectors, especially the tourism sector, have faced huge losses due to the Covid-19 pandemic.

“For example, the houseboats in Tasik Kenyir, were fully booked until March this year, but when the MCO was enforced, many bookings were cancelled and this affected the income of houseboat operators and workers,” he said at a press conference at Wisma Darul Iman, here today.

According to him, the incentive will be credited to each recipient’s bank account as early as next week.

In the meantime, Ariffin said the state government is currently formulating a strategy to promote Terengganu tourism products among residents here in the event the inter-state travel ban was still extended.

“We will conduct promotions between districts to revive tourism centres in the state. We are confident that inter-state travel will be allowed in the near future with strict standard operating procedures (SOP) and when that happens we hope the Terengganu tourism industry will bounce back,” he said 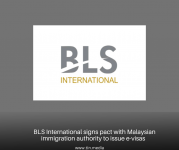 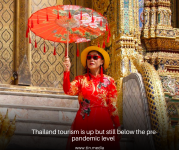 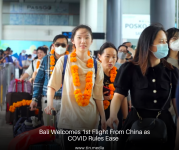